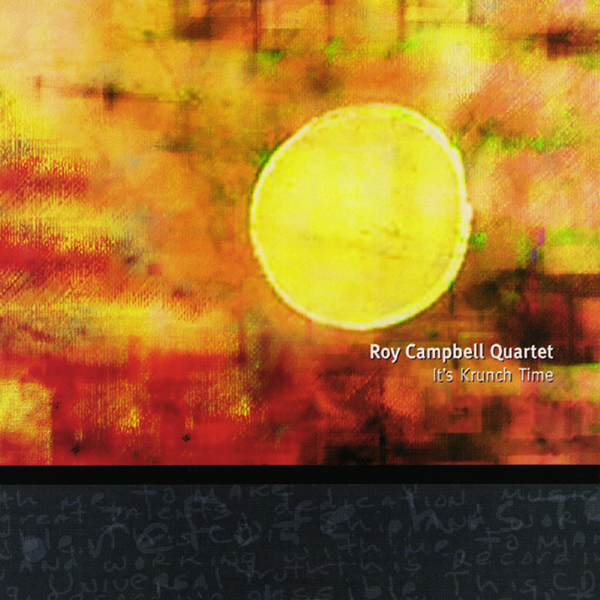 Roy Campbell can be heard on several Blue Series recordings prior to this debut as a leader - It's Krunch Time. As part of Matthew Shipp's Quartet for Pastoral Composure Campbell's trumpet playing was singled out for its depth, breadth and haunting quality. Roy was also part of the Blue Series Continuum who teamed up which legendary electronic artists Spring Heel Jack to create the groundbreaking Masses. Now with It's Krunch Time, Roy Campbell has put together a dynamically creative team of players. Making his first appearance for the Blue Series on this recording is Khan Jamal, noted for his masterful vibraphone playing. Combined with stellar bassist Wilbur Morris and current David S. Ware drummer Guillermo E. Brown, Campbell's It's Krunch Time carves out a spectacular range of musical thoughts, gestures and compositions to present one of the most innovative records of his career.