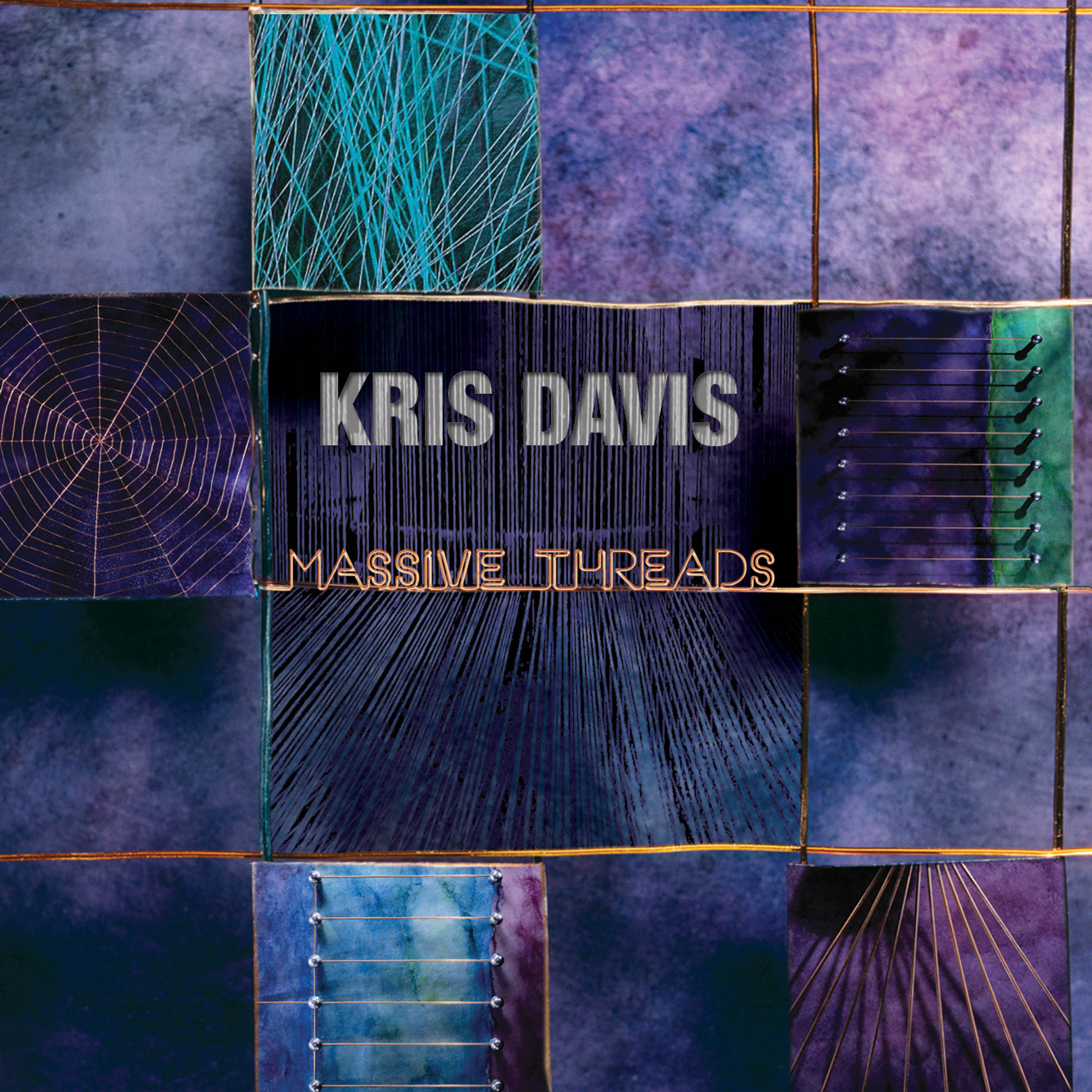 "Over the last couple of years in New York, one method for deciding where to hear jazz on a given night has been to track down the pianist Kris Davis." — The New York Times

Kris Davis – a pianist-composer who offers “uncommon creative adventure,” says JazzTimes – releases her second solo album, the characteristically kaleidoscopic Massive Threads, via Thirsty Ear Records on October 8th, 2013. Long favored by her peers and jazz fans in the know, Davis has earned high praise from no less than star pianist and MacArthur “Genius” Grant honoree Jason Moran, who included her first solo record in his Best of 2012 piece in Art Forum, writing: “A freethinking, gifted pianist on the scene, Davis lives in each note that she plays. Her range is impeccable; she tackles prepared piano, minimalism and jazz standards, all under one umbrella. I consider her an honorary descendant of Cecil Taylor and a welcome addition to the fold.” This second solo album from the Vancouver-born, Brooklyn-based Davis was recorded after a solo European tour in 2012.

Featuring some of Davis’s most beautiful piano playing to date, Massive Threads ranges from the ethereal and hypnotic (‘10 Exorcists’) to the tension-filled and cavernous (‘Desolation and Despair’, ‘Evidence’), while displaying a strong rhythmical approach (‘Dancing Marlins’, ‘Leaf-Like’). Each piece on Massive Threads is an improvisation (except Evidence), and the seed for each improvisation came from a specific concept Davis was working with before the solo tour and recording. The title ‘Massive Threads’ was originally a piece commissioned by Bang on a Can in 2012 (thanks to Matthew Shipp) and written for 6 pianists, including Vijay Iyer, Craig Taborn, Angelica Sanchez, Russ Lossing, Sebastien Ammann and Davis. Although she chose not to overdub 6 pianos, Davis overdubs a second piano track to establish a crashing effect at the beginning of the improvisation. Other improvisations on the album reflect Davis’s admiration for composers such as Gyorgy Ligeti, Franz Liszt, Luciano Berio, Morton Feldman and Thelonious Monk. This can be heard clearly on ‘Evidence’, wherein Davis approaches the popular Monk tune with wide, intervallic based harmony and a slow and spacious pacing, an approach associated with Feldman.

Davis has become a vital presence on the New York jazz scene, with The New York Times featuring her in a recent article titled “New Pilots at the Keyboard.” The Jazz Gallery has given her a commissioning residency to write for her trio with Rainey and John Hébert, and the Shifting Foundation awarded her a grant to compose and record a large-ensemble project. In addition to her work as a leader, Davis has performed with such top figures as Paul Motian, Eric Revis, Andrew Cyrille, Tim Berne, Bill Frisell, John Hollenbeck, Kermit Driscoll, Michael Formanek, Ralph Alessi and Mary Halvorson. Davis started playing piano at age 6, studying classical music through the Royal Conservatory in Canada and formulating her desire for a life in music by playing in the school jazz band at age 12. She earned a bachelor’s degree in Jazz Piano from the University of Toronto. The pianist received a Canada Council grant to relocate to New York and study composition with Jim McNeely, then another to study extended piano techniques with Benoit Delbecq in Paris. She holds a master’s in Classical Composition from the City College of New York, and she teaches at the School for Improvised Music. About her art, JazzTimes has declared: “Davis draws you in so effortlessly that the brilliance of what she’s doing doesn’t hit you until the piece has slipped past you.”