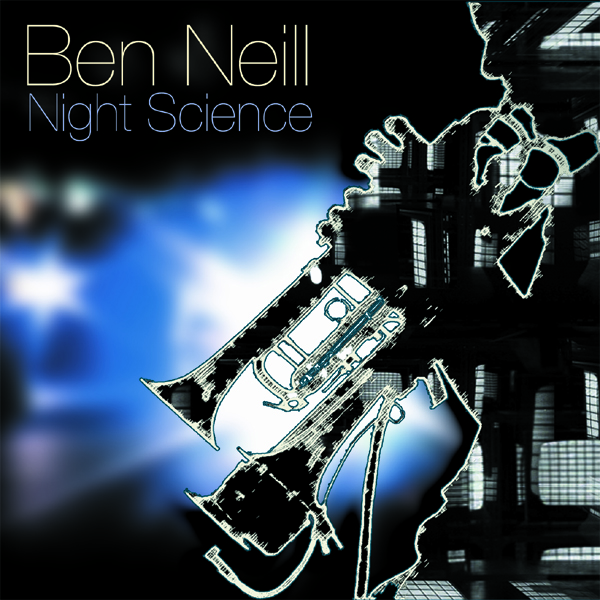 Ben Neill has been described as a “creative composer, genius performer and inventor of the mutantrumpet”-(Time Out New York-2008) whose music “Masterfully blurs the lines between electronic dance music and jazz sounds” (Billboard). His new music combines dubstep beats and baselines with the trippy, otherworldly sonic explorations of his self invented instrument, the mutantrumpet. This is Neill’s first recording since Automotive, released in 2002. Since Then, Neill has been creaing music for film, television, stage, galleries and museums through a variety of collaborations. His mutantrumpet coincides with the emerging dubstep sound, and his new recording NIGHT SCIENCE is the result of that convergence. He continues to meld the technological advancement of interractive electronic music with DJ culture as he has done in previous recordings on Astralwerks, Verve and Six Degress. The album was
co-produced by Eric Calvi, Neill’s long time production partner whose credits range from Afrikaa Bambaataa to Miles Davis, to Bang On A Can’s version of Brian Eno’s Music For Airports.

“His music is like a digital river, with a different fractalized scene around every corner, the constant being Ben Neill greeting you on your way.”-
John Diliberto-Echoes

Ben Neill- All and Everything