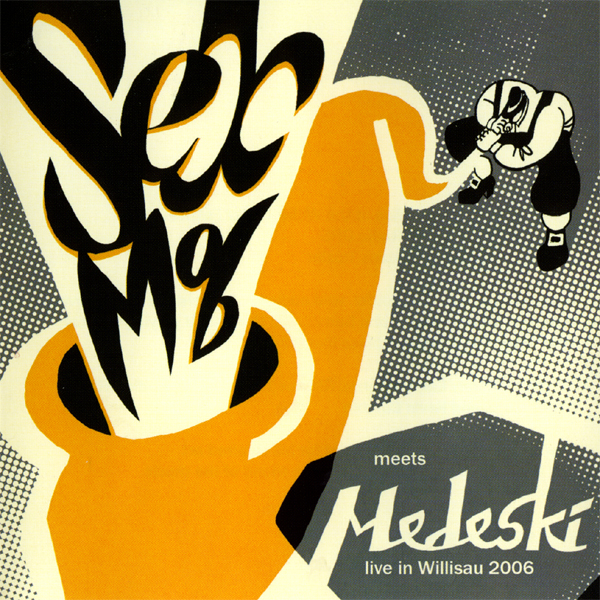 1995 to play the "late nite hang" at the Knitting Factory, the now legendary mecca of downtown music. The band ,(consisting of Steven Bernstein - slide trumpet; Briggan Krauss- alto sax; Tony Scherr- bass ; and Kenny Wollesen- drums), starting off playing original compositions, but was soon drawing crowds to their all night partys with their inspired and unpredictable covers. Their first release "Din of Inequity" was released thru Columbia records and featured John Medeski on the organ. This led to years of touring in the US and Europe and the creation of a singular and unique musical language, and a powerhouse live band...combining the power of the Who with the subtelety of Ellington and a modern groove all their own. Slowly this music has crept into the mainstream, with a Grammy nomination for the band’s 2006 cd "Sexotica" (Thirsty Ear), recordings with Rufus Wainright, Shivaree, Bill Frisell, film ( the Leonard Cohen documnentary "I’m Your Man"), music for dance (Ailey ll, the Donald Byrd Dance Company, and Body Vox), television (Saturday Night Live and MTV’s the Real World), theater (Mae West’s "Sex") radio (Terry Gross/ Fresh Air ) and literature (the band is the subject of "The Boy Who Cried FreeBird"). "Live at Willisau" captures the band at a creative peak, performing for a large festival audience with old friend John Medeski....a combination of wild intensity and careful listening....a language all ther own.....a continuation of the unique musical conversation they have been having for over a decade now