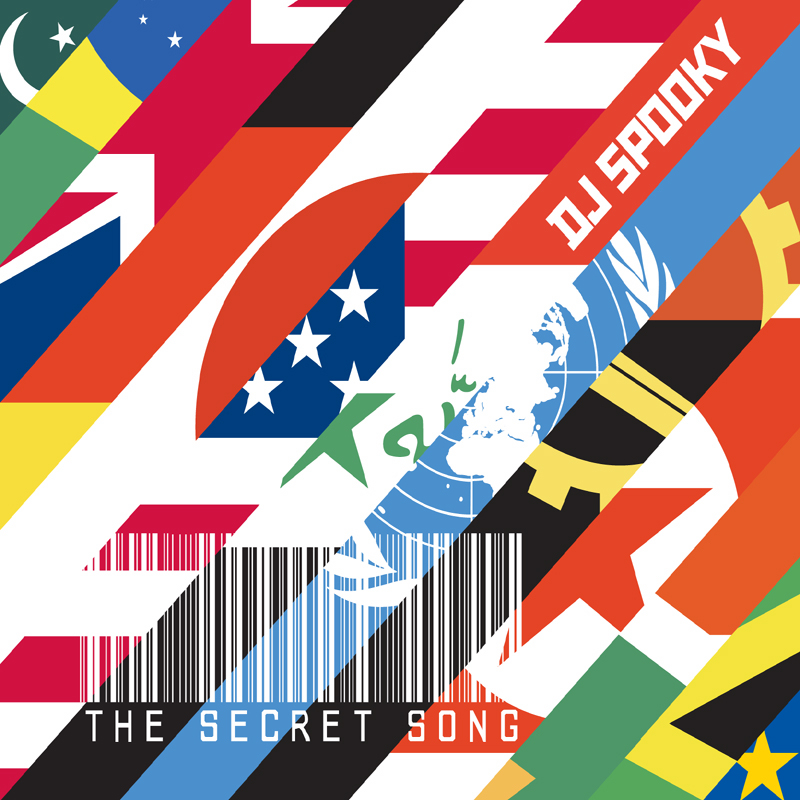 Paul Miller (aka DJ Spooky) is a rennaisance man, with his base of interest rooted firmly in the world of creativity through sound. Now, he returns to his original form as DJ and master provocateur with his new album “The Secret Song”. In his role as recording artist and producer, Miller has worked with or remixed everyone from Metallica to Yoko Ono, from the Kronos Quartet to Killah Priest to Beck, showing his many facets as a creative force in the world of music.“The Secret Song” is DJ Spooky’s take on the changing world of 21st century music, economics, and global culture. With material taken from collaborations with people as diverse as Sonic Youth’s Thurston Moore, to Vijay Iyer, old school African hip hop legends Zimbabwe Legit, stunning turntablism with Rob Swift the legendary leader of the turntablist crew The Xecutioners, to political hip hop from The Coup, The Jungle Brothers, Mike Ladd, Iran’s Sussan Deyhim (who sings in Farsi), Abdul Smooth from India, DJ Spooky connects the dots between jazz, classical music, and the struggle to create new, dynamic relationships between old school hip hop and the 21st century’s rapidly changing info-culture landscape. Past credits include having performed with The Flaming lips, Ben Neill, Matthew Shipp, and Kooll keith. He has also collaborated in recording with an intimidating list of musicians, from Slayer’s master drummer Dave Lombardo to techno stalwart Jack Dangers (Meat Beat Manifesto). Among other pursuits, he has also authored two books (“Rhtyhm Science” and “Sound Unbound”), and has also enjoyed many appearances as panelist, intellectual, and speaker for a wide range of world concerns regarding race, modern music, and foreign affairs (as you might expect from an artist whose music was the bed for the “Best Political Video of 2007” on Youtube. Showcasing his filmaking, the release is accompanied by a DVD. Following in the steps of The Cinematic Orchestra’s rescore of Dziga Vertov’s cinema classic “Man with A Camera” - Dj Spooky remixed and rescored Vertov’s rare first collage film “Kino-Glaz” the “Cinema-Eye”.