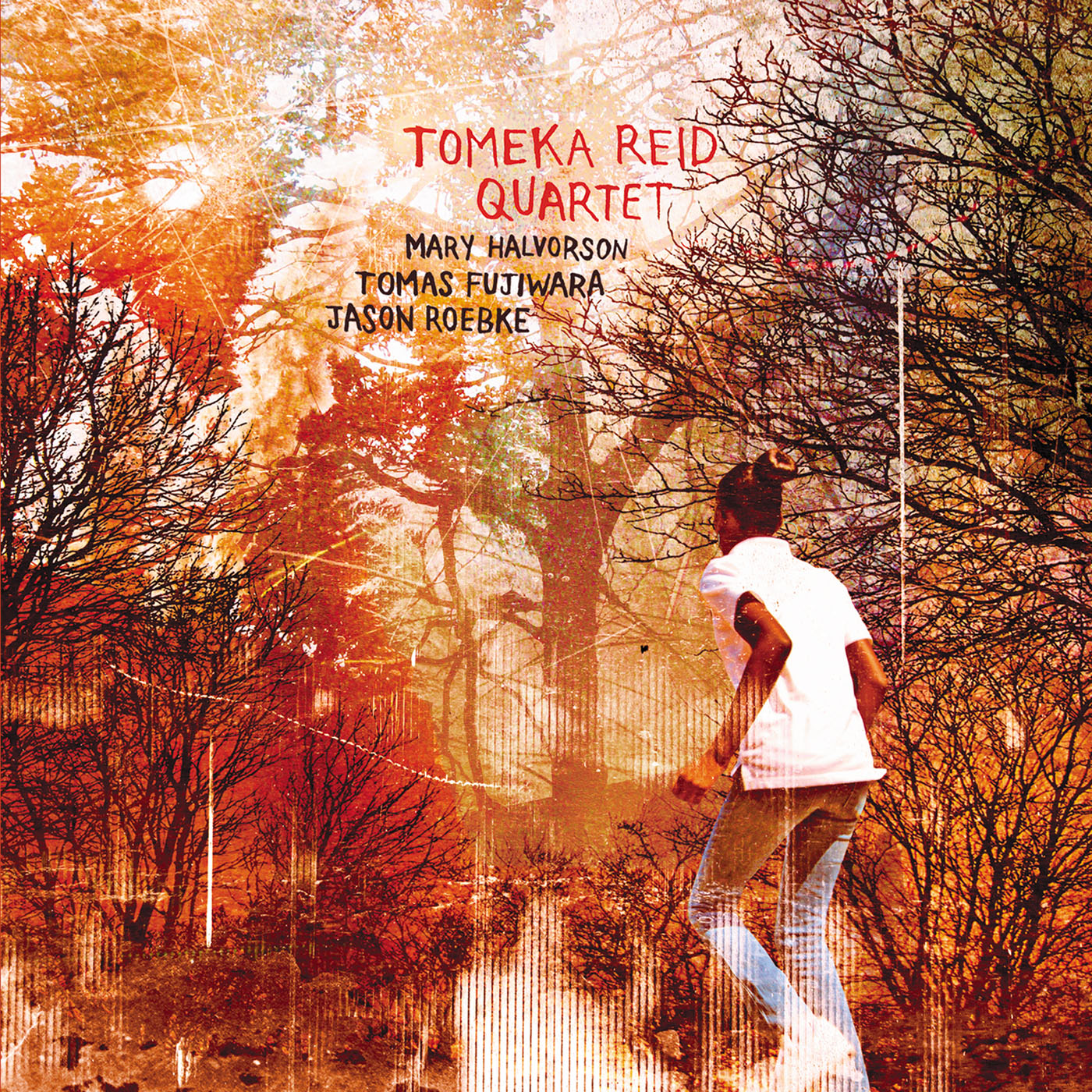 Over the last decade or so Chicago cellist and composer Tomeka Reid has emerged as one of the most original, versatile, and curious musicians in the city’s bustling jazz and improvised music community. Her distinctive melodic sensibility, usually braided to a strong sense of groove, has been featured in many distinguished ensembles over the years. She’s been a key member of ensembles led by legendary reedists like Anthony Braxton and Roscoe Mitchell, as well as a younger generation of visionaries including flutist Nicole Mitchell, singer Dee Alexander, and drummer Mike Reed. She’s also a founding member of the adventurous string trio called Hear in Now, with violinist Mazz Swift and bassist Silvia Bolognesi, but until now Reid had yet to release a recording where she’s the bandleader. That all changes with the eponymous recording by the Tomeka Reid Quartet, the lively, charged debut album from her remarkable ensemble a vibrant showcase not only for the cellist’s improvisational acumen, but also her knack for dynamic arrangements and her compositional ability.
Reid had been developing these compositions well before she assembled this particular cast to play them. They were written for a drummerless trio, but eventually the cellist wanted a percussionist to emphasize the groove, and she spent a couple of years working out some of the material with a shifting cast of Chicago musicians. When it came to record the album in early 2014 Reid asked Mike Reed to come on a producer, and she worked with him to put together the stellar lineup at work here. (A second session was done in late summer.) He was the one that suggested that the cellist reach out to guitarist Mary Halvorson and drummer Tomas Fujiwara, mainstays of the New York jazz scene that Reid had first worked with in Reed’s octet Living by Lanterns in 2011, debuting at the prestigious Chicago Jazz Festival before touring with the ensemble across Europe. She also brought in Chicago bassist Jason Roebke, one of the numerous players that had played some of the quartet repertoire around town before this lineup entered the studio. “I had always admired his playing and wanted to work with him so this was a great opportunity to do that,” she says of the bassist.
Reid, 37, grew up outside of Washington D.C., but her musical career only kicked into gear after moving to Chicago in 2000 to attend DePaul University for grad school, yet her work with Nicole Mitchell and various Association for the Advancement of Creative Musicians-related groups proved just as influential to the young musician. By focusing on developing her craft primarily as a sideperson and working in countless improvisational contexts, Reid achieved a stunning musical maturity largely outside of spotlight, but eventually her unique abilities have warranted the high- grade company found on this remarkable quartet record.
Halvorson is one of the most recognizable guitarists of her generation, a musicians who’s won accolades from both side of the Atlantic, through her own bands and projects with Braxton, Stephan Crump, Ingrid Laubrock, Tom Rainey, and Ches Smith, among others. She also is a member of Fujiwara’s excellent quintet the Hook-Up, one of several dynamic ensembles led or co-led by the drummer, who’s worked frequently with cornetist Taylor Ho Bynum and reedist Matana Roberts. He’s also played in the Indian brass band Red Baraat as well as the Steve Lacy repertory group Ideal Bread. Roebke is a bandleader in his own right, scoring deserved praise with the debut recording by his octet in 2014; he’s also served as the harmonic anchor for a veritable who’s who of Chicago bandleaders including Mike Reed, vibist Jason Adasiewicz, clarinetist James Falzone, and cellist Fred Lonberg-Holm, among numerous others.
But now it’s time for Tomeka Reid to garner the attention, and her writing and playing on this recording practically guarantee it. The music here swings fiercely and elegantly, but that doesn’t mean sparks don’t fly— whether its multilinear heat Reid and Halvorson generate from their contrapuntal soloing on “17 West” or the cool, slaloming phrasing on the cellist’s homage to violin great Billy Bang on “Billy Bang’s Bounce.” The group had only performed the music a few times before the sessions, and Reid notes that the chemistry was immediate. “It turned out to work really well,” she says. “They were all really respectful and open and gave fresh new interpretations to the music."